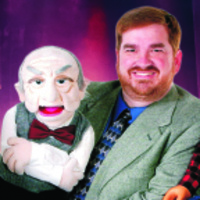 Known for his quick witted, crisp, clean comedy and over 25 years of making people laugh, Steve Brogan, Comic Ventriloquist, is truly a one-of-a-kind comedian with the unique ability to pull the audience into his performance.  Steve now brings his cast of characters with a dynamic and interactive show to the Auditorium stage.  A career comedian/ventriloquist, Steve’s opened for The Drifters, The Eagles, The Temptations and has been seen on Good Morning America, The Today Show and Comedy Central.   “I’ve been places, seen a lot of laughin’ faces!”

Buy Tickets
This event content is powered by the Localist Community Event Platform.

Login to interact with events, personalize your calendar, and get recommendations.