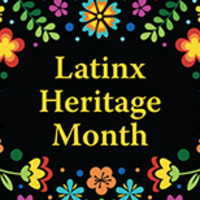 Allillanchu! An interactive workshop on Quechua language and culture

Quechua languages are the most widely spoken indigenous languages of the Americas (8-10 million speakers combined). It was not only the language of the Incan civilization but also a contemporary language that serves as the cultural backbone of countries like Ecuador, Peru, and Bolivia. Its influence and richness are vast. In this interactive workshop, we will learn about the main features of this culture from Carlos Molina-Vital, a professor at the University of Illinois, as it is still practiced today in countless communities throughout the Southern Andes.

Agriculture,  clothing, and music will be highlighted. We will also learn the basic greetings and number system of the Southern Quechua variety.

This event content is powered by Localist Event Calendar Software.

Login to interact with events, personalize your calendar, and get recommendations.